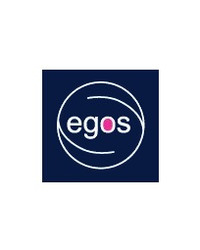 EGOS 2016, Sub-theme 36: The Dark and Bright Sides of Power, Institutions and Organizing
Institutionalization is hardly ever a neutral process (Munir, 2015; Delmestri, 2009; Meyer et al., 2009). Institutions serve certain institutionalized interests (Willmott, 2015) which result in the symbolic power of certain actors to define the basis by which we see reality (e.g., terrorists or partisans) (Bourdieu, 1990). Accordingly, particular field actors almost inevitably either stand to gain or lose from the institutionalization, maintenance or de-institutionalization of practices, organizational forms, or beliefs.

Such institutionalization processes are underpinned by the use of power, which can be the basis of symbolic violence, as when categories of actors (e.g., temporary migrant workers or bankers), living beings (i.e. livestock vs. pets), products (i.e. energy drinks, cigarettes, cars), services (i.e. low cost air travel) are defined in a way that undermines their legitimacy, or of emancipation (e.g., when certain social categories such as African Americans, women, gays or other communities that have been oppressed in the past, use various institutional strategies to redefine themselves). Yet, despite power’s central role in processes of institutionalization, institutional theory's engagement with critical work on power (Gramsci, 1971) has been marginal. Despite occasional acknowledgments of the importance of power, nuanced discussions of various perspectives on power – ranging from the liberal one (power to exercise one's own free will) to Foucauldian ones (power shaping individual choice) are largely missing.

This is unfortunate given that Searle (1995, p. 94) identifies in the creation and maintenance of 'institutional power – massive, pervasive, and typically invisible' the very precondition of the existence of liberal values. Without the social assignment of 'deontic' power, encompassing rights, responsibilities, obligations, duties, authorizations and similar phenomena, society could not exist, according to him (Searle, 1995, p. 100). Institutional processes are central to social life, responsible for creating both interests and the identities needed to articulate them (Friedland, 2009) and the context in which interests are played out (Goodrick & Salancik, 1996). They do not only legitimate hegemonic structures but also enable their decline. Should institutions that become dominant in a way that destroys other social forms be considered as kinds of 'monocultures' to be fought with the aim to foster higher institutional diversity?

In this sub-theme, we propose to examine processes of institutionalization that lead to emancipation (the bright side) and emasculation (the dark side) of social actors inhabiting various organizational fields. Through this exercise, we hope to not only inject a critical sensibility into institutional theory (Munir, 2015), but also explore the similarity and differences across various institutional processes that lead to emancipatory and emasculatory outcomes.

The dark side. Owners of symbolic power are usually perceived to have the right to speak and the capacity to define practices and relationships. By this very act, they silence or neutralize legitimate interests. The power to define what is normal, natural and necessary is the strongest form of power. We are interested in studies that explore how discursive and other forms of power are used in institutional processes to neutralize legitimate interests, especially those of organizational members. We encourage researchers to identify and elaborate the mechanisms at play, strategies and tactics used, and the implication of various organizational practices in such processes. The role of organizations or professions in creating subordinate roles for low status categories, such as immigrants, women, gays, or non-human animals, is of interest here, as well as the strategies professions and organizations use to maintain such practices in institutional fields.
The bright side. Institutional processes are likewise central to emancipatory processes. Here we would like researchers to focus on the mechanisms, strategies and tactics used to delegitimize oppressive and inequitable social structures. Among other things, we would like them to focus on the struggle for rights in and out of organizations. The role of social movements is particularly important in this context. What are the mechanisms used by social movements in addressing silence and the appearance of 'normality'? Scott (1987) has identified several strategies and weapons that the weak use to resist and overcome marginalization. How can institutionalists contribute to discussions of resistance and emancipation within organizational fields?


These are broad guidelines for potential submitters. Apart from the above, we are interested in all other aspects of institutions and institutional processes that lie at the heart of processes of emancipation and emasculation. Submitters do not have to necessarily directly invoke the vast literature on power, but are encouraged to explore how power plays a role in such institutional processes. Furthermore, we are also interested in contributions that use novel methodologies such as undercover investigations or participant observations and activisms.

Since we do not view institutions as neutral, we are also interested in contributions that take sides contra or pro certain institutional arrangements and forms of organizing. What do we consider as an advancement and what is a regress in society if certain categories, practices or organizational forms are institutionalized? Can we interpret certain ideologies, such as that of rationalization, as supporting "the collective project of progress and justice" (Drori et al., 2009)? And under what institutional conditions can organizing allow for the preservation of quality, taste, beauty, personal accomplishment and solidarity? How can we, as academics, devise ways to construct power in a way that supports society? Are there traditional or utopian forms of organizing that we should contribute to institutionalize because of their positive welfare effects?

Convenors of the subtheme

We thank Kamal Munir (Cambridge University, UK) for his valuable input on this Call for Papers and his participation in this sub-theme.